The Lost Thread: A Conversation with Jacques Rancière & Kristin Ross 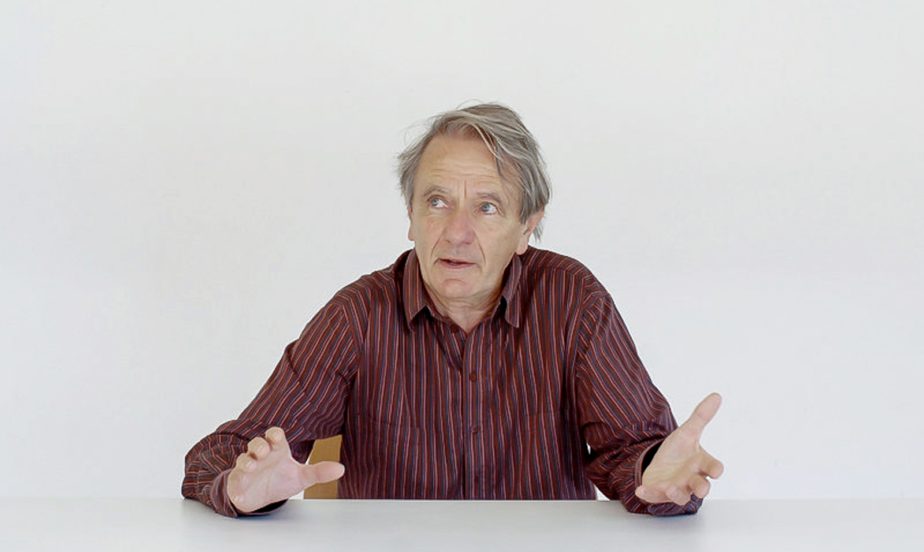 Join eminent French philospher Jacques Rancière and New York University professor Kristin Ross as they discuss Rancière’s most recent publication in the US, The Lost Thread.
In The Lost Thread, Rancière debunks the notion of Flaubert, Baudelaire, Conrad, Woolf and Keats as reactionary producers of bourgeois mythologies, and instead foregrounds the egalitarian and democratic impulses of modernist literature. Going against the canonical interpretation of the relation between modernism and capitalism via the commodification of everyday life, the philosopher proposes a radical rethinking of our received ideas regarding the politics of aesthetics in the modern era. In this work, he continues his project of outlining an egalitarian “distribution of the sensible” as the compelling linkage between politics and aesthetics. The Lost Thread not only advances Rancière’s commended work on aesthetics, it also offers the reader in-depth analyses of the writers in question.

Jacques Rancière (b. 1940) is a professor of philosophy at The European Graduate School / EGS, professor emeritus at the Université de Paris, VIII, and one of the most significant and influential philosophers of our time. While some of his writings remain untranslated into English, his work has already cast a long shadow well beyond the borders of France, in particular across the Anglo-American world. It is somewhat difficult to categorize much of Rancière’s work, especially his archival texts, but his overarching focus has certainly always been politics. Within this classification, it is, however, possible to more delicately divide his work into three “primary” categories: aesthetics, education, and politics. Yet Rancière’s political project does not, however, only consist of these three categories independently but is constituted by their entanglement; aesthetics and politics are intrinsically linked, and “true” education must be emancipatory, an objective that demands equality not as an end but as a point of departure. As a result, politics is not only the threadof his project, but what knots its three elements—in brief, politics overdetermines the whole.

Rancière was educated at the École Normale Supérieure, where he was a student of Louis Althusser. Since the publication of Althusser’s Lesson, Rancière has published numerous books, including: The Nights of Labour: The Workers’ Dream in Nineteenth-Century France, The Ignorant Schoolmaster: Five Lessons in Intellectual Emancipation, The Names of History: On the Poetics of Knowledge, On the Shores of Politics, Disagreement: Politics and Philosophy, Short Voyages to the Land of the People, The Politics of Aesthetics: The Distribution of the Sensible, The Philosopher and his Poor, The Future of the Image, Hatred of Democracy, The Aesthetic Unconscious, The Emancipated Spectator, The Politics of Literature, Staging the People: The Proletarian and His Double, Mute Speech: Literature, Critical Theory, and Politics, Aisthesis: Scenes from the Aesthetic Regime of Art, and Béla Tarr, the Time After.

Kristin Ross is Professor of Comparative Literature at New York University. Her first book, The Emergence of Social Space: Rimbaud and the Paris Commune (1988; reissued, Verso, 2008; Rimbaud, la Commune de Paris, et l’invention de l’histoire spatiale (2014)) examined cultural movement during the 1871 insurrection. Her cultural history of the French 1950s, Fast Cars, Clean Bodies: Decolonization and the Reordering of French Culture (1995), won the Laurence Wylie award for French cultural studies and a Critic’s Choice award. It has been published in France under the title Rouler plus vite, laver plus blanc (Flammarion, 2006). May ’68 and Its Afterlives (Chicago, 2002), a study of French memory of the political upheavals of the 1960s, was published in France as Mai 68 et ses vies antérieures (2005; re-issued, Agones, 2010). Her most recent book, Communal Luxury: The Political Imaginary of the Paris Commune (2015) appeared in France from La Fabrique as L’Imaginaire de la Commune.