The Incredible Epic of French Words in the English Language 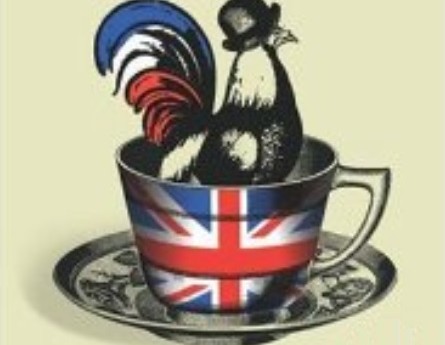 Anthony will explain the historical context that permitted a contingent of more than 25,000 French words to incorporate the English language over a period of time that lasted 900 years (starting with the Norman invasion of England in 1066 and finishing after the Second World War).
This extremely rich vocabulary will be reviewed, from the very first French words integrated into English in the XIth and XIIth centuries (such as ‘cardinal’, ‘cousin’, ‘fruit’, ‘grace’, ‘justice’, ‘lion’, ‘prison’, ‘service’, ‘table’…) to the most recent ones (such as ‘bustier’, ‘camouflage’, ‘fuselage’, ‘limousine’, ‘purée’, ‘questionnaire’, ‘turbine’…).
Anthony will also underline the difference between the ‘Latin influence’ and the ‘French influence’, English academics tending to confuse them both and eventually presenting the French vocabulary present into English as being all Latin.

The lecture will be followed by a book signing. In French. Free and open to the public. No RSVP necessary.

Anthony Lacoudre is a French attorney, based in New York City.
This evening is co-organized with Accueil New York.