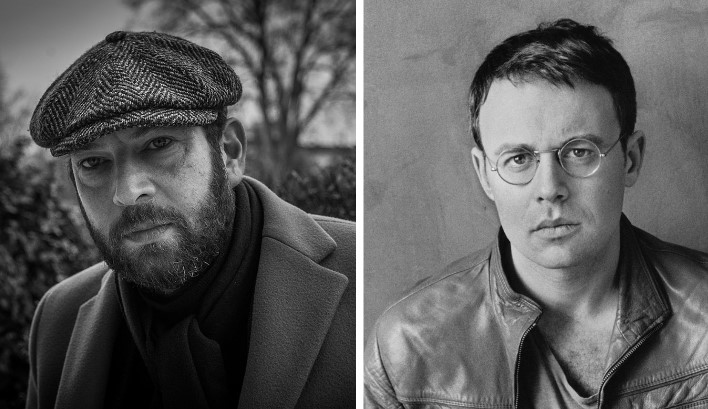 Join French writer Olivier Guez and Pulizer Prize winner Joshua Cohen for the book launch event and discussion on the acclaimed The Disappearance of Josef Mengele, a novel on one of history’s most reviled figure.

The Disappearance of Josef Mengele (Verso Books, 2022) traces Josef Mengele’s footsteps through years of flight in South America. For three decades, Josef Mengele, the Angel of Death who performed horrific experiments on the prisoners of Auschwitz, floated through South America in linen suits, keeping two steps ahead of Mossad agents, international police, and the world’s journalists—until the day he collapsed in the Brazilian surf in 1979. In this rigorously factual novel, Olivier Guez traces Mengele’s footsteps through these years of flight. This chilling novel situates the reader in a literary manhunt on the trail of one of the most elusive and evil figures of the twentieth century. The chilling novel, a recipient of the 2017 Renaudot literary prize in France, received high praise from publications such as Washington post, the Times, and Forward among others.

This event will take place at Albertine. The conversation will be in English. Free with RSVP. Click here for ticket(s).

Olivier Guez is the author of several novels and essays translated in over thirty languages. Born in Strasbourg in 1974, he is the co-author of the screenplay der Staat gegen Fritz Bauer (Fritz Bauer, a German Hero), for which he won the 2016 German Oscar for best script and is the author of American spleen (Flammarion 2012), La Disparition de Josef Mengele, which is being released by Verso in a translation by Georgia de Chamberet. His articles have been published in Le Monde, Point, the New York Times, the Frankfurter Allgemeine Zeitung, and the Corriere della Sera.

Joshua Cohen was born in 1980 in Atlantic City. His books include the novels  Moving Kings, Book of Numbers, Witz,  A Heaven of Others, and Cadenza for the Schneidermann Violin Concerto; the short-fiction collection Four New Messages, and the nonfiction collection Attention: Dispatches from a Land of Distraction. Cohen was awarded Israel’s 2013 Matanel Prize for Jewish Writers, and in 2017 was named one of Granta’s Best Young American Novelists. He lives in New York City. He won the 2022 Pulitzer Prize for Fiction for The Netanyahus.

In English. Free with RSVP. Click here for ticket(s).