Written by the 16th Century French poet Maurice Scève, Délie, objet de plus haute vertu (1544) is a haunting and original exploration of spiritual love. Cyclical, singular, and obsessive, Délie transports the reader to a world of desperate passion and paradox, where the core theme – to suffer or not to suffer the slings of all-consuming love – incessantly returns. On a narrative level, Scève explores every possible nuance of passionate feelings and their mechanisms. On a literary level, he crafts heroic metaphors and uses sound to create complex, symmetrical, and even geometric patterns.   Délie is Scève’s most notable work and is made up of one introductory huitain (8-line poem) to his mistress (called “A sa Délie”) and 449 dizains (10-line epigrams). After every nine poems comes an emblem — a pictographic interpretation of the ninth dizain— and the work is structured such that the cycles of ten could potentially repeat ad infinitum, like a musical coda or a repeating decimal. A line from each emblem is evoked in the first dizain of the section that follows, and so Délie flows seamlessly from one chapter to the next. Perhaps the most beautiful and unique elements of Délie, the emblems serve to punctuate the poetry and crystallize abstract ideas of adoration.    The book club session will focus specifically on the following poems: A sa Délie, 1, 6, 7, 24, 42*, 79, 111, 232, 260, 449. *This poem is not included in the English text but is available below and at Albertine in printed form. Speakers of English and/or French welcome. No RSVP necessary. French and English versions of Délie are available for purchase at Albertine.________________________________Délie, XLII “Celer ne le puis”Si doucement le venin de tes yeuxPar même lieu aux fonds du cœur entra,Que sans douleur le désir soucieuxDe liberté tout seul il rencontra.Mais l’occupant, peu à peu, pénétra,Ou l’Ame libre en grand seurté [sûreté] vivait:Alors le sang, qui d’elle [l’Ame] charge avait,Les membres laisse, et fuit au profond Puits,Voulant cacher le feu, que chacun voit,Lequel je couvre et celer ne le puis.* * *So softly did the venom of your eyesThrough the same place in my heart’s depths enterThat, painlessly, it met the worrisome desireOf freedom all on its own.But slowly the invader penetratedWhere my Soul, free, lived in great securitySo that my blood, its charge,Left all its members and fled down to the deep WellWanting to hide the fire that all seeWhich I cover yet conceal not well

Antonin Baudry is a writer, former diplomat, and founder of Albertine Books in French and English, New York’s only French reading room and bookshop. Baudry most recently held positions as Ambassador for French Culture and President of the Institut Français in Paris (2015), where he created initiatives to promote French culture across the globe, and Cultural Counselor of the French Embassy in the United States (2010 to 2015), where he oversaw French-American cultural relations and supported French universities, arts, literature and education to cultural and academic institutions across the United States. He created a renewed connection between France and the United States with a team spread between New York, Washington and eight other American cities. In his role as Cultural Counselor, Baudry also served as the Permanent Representative of the French Universities in the United States and fostered French-American higher education exchanges, creating opportunities for researchers, scholars and students to collaborate.

Baudry is the Founder of Albertine Books in French and English, which opened its doors in New York in September 2014. Offering over 14,000 titles in French and in translation, the combination reading room, bookshop, and venue is a project of the Cultural Services of the French Embassy and provides a singular hub for French-American intellectual exchange in New York. Albertine serves as a new forum for debates and discussions on subjects from politics, to economics, to art, literature, and the sciences that explore culture through a modern and global lens.

Under the pen name of Abel Lanzac, Baudry received the prize for best album at the Angoulême International Comics Festival with designer Christophe Blain in February 2013 for the second installment of their graphic novel series Quai d’Orsay. Baudry and Blain also received the RTL graphic novel Grand Prize in December 2010 for the first installment of the same series. 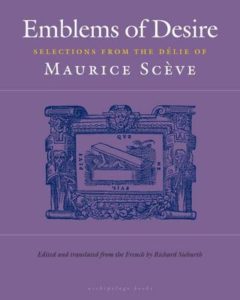