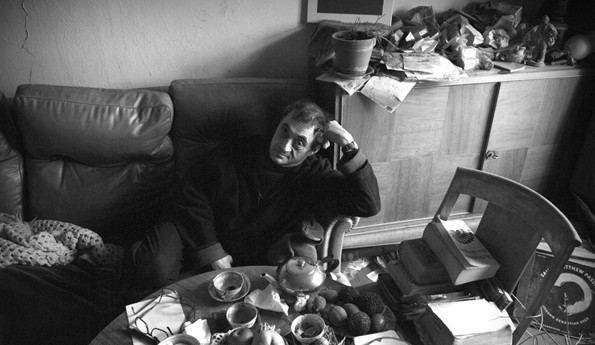 “The work of Roger Lewinter is essentially a work of reflection on meaning, on units of meaning and the logical problems posed by their ordering in the sentence: each word, each sense, leading to a calling into question of the text as a whole. This sentence, which can be compared to a Kashmir shawl in its infinite interlacing, woven in one piece and from a single thread, raises, beyond the simple syntactic difficulties, logical problems of thought that no writing had up to now approached.” — Lorenzo Valentin

Join Lydia Davis, Rachel Careau, and Saul Anton as they discuss the literary work of Swiss writer Roger Lewinter, on the occasion of the publication of Story of Love in Solitude and The Attraction of Things with New Directions.

Lewinter’s short fictional works are at once prose poems and a form of dreaming; they are akin to the great French tradition of things sparking emotions and emotions sparking things—part Sarraute, part Robbe-Grillet, part Perec. Plot is not really the point of his meditative works. Lewinter concerns himself more with perception, apperception, and sudden inflections of grace: loss and beauty meet in an explosion of joy, which becomes, “in its brilliance, a means of transmittal.”

Story of Love in Solitude and The Attraction of Things by Roger Lewinter are both translated from the French by Rachel Careau, and published by New Directions.

Roger Lewinter was born in Montauban, France, in 1941, to Austrian Jewish parents. The family moved to Switzerland during the war, and he has lived much of his life in Geneva. For more than forty years he has worked as a writer (of both literary and scholarly works), an editor, and a translator (of Georg Groddeck, Karl Kraus, Elias Canetti, Robert Walser, and Rilke, among others). Among his dozen books are three works of fiction.

Rachel Careau is a writer and translator and the author of one book of prose poems, Itineraries. Her work has appeared recently in Plume and Two Lines. She began translating the writing of the Swiss author Roger Lewinter while in graduate school in 1989 and spent time working closely with him in Geneva in 2012. In addition to continuing to translate Lewinter’s texts, she is working on a collection of her own short prose. She holds a BA from Barnard College and an MFA in writing from Bard College and lives with her husband in Hudson, New York.

Saul Anton is a writer, scholar, and critic. He teaches currently at the Pratt Institute, New York. He is the author of the critical fiction Warhol’s Dream and has written for Afterall, Artforum, Cabinet, Frieze, and other publications.

Lydia Davis is the author of one novel and seven story collections. Her collection Varieties of Disturbance: Stories was a finalist for the 2007 National Book Award. She is the recipient of a MacArthur fellowship, the American Academy of Arts and Letters’ Award of Merit Medal, and was named a Chevalier of the Order of the Arts and Letters by the French government for her fiction and her translations of modern writers, including Maurice Blanchot, Michel Leiris, and Marcel Proust. Lydia Davis is the winner of the 2013 Man Booker International Prize. 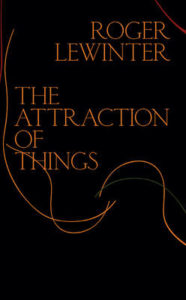 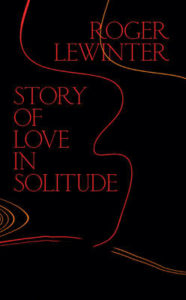