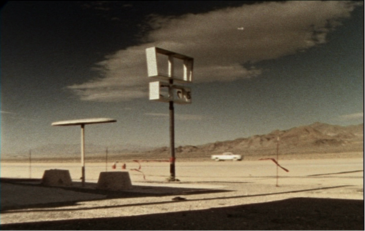 As part of the French Play Series, the Cultural Services of the French Embassy and Compagnie l’héliotrope cordially invite you to a staged reading of excerpts from Pollock/Pearl/Diane Arbus: An American Trilogy.

An American Trilogy beckons us into the worlds of three of the most revered, influential, and troubled artists of 20th century America. Much more than a jejune love note to a group of mythical American luminaries, this piece seeks to intimately explore the minds of the artists; to dig therein through the muck and chaos which plagued all three throughout their lives, and to locate the nexus of inspiration, character, and determination that cemented them in the American zeitgeist. Through these vivid portraits, the spirit of 20th century America will take shape and saturate the entire play with its virility, defiance, and exuberance.

Fabrice Melquiot has seen his pieces brought to life on the stages of the Théâtre de la Bastille and the Théâtre des Abbesses in Paris. He is the winner of numerous awards, including the Grand Prix Paul-Gilson, the prix SACD, the prix Jean-Jacques Gauthier du Figaro, and two prizes from the Syndicat National de la Critique. In 2008, he received the Prix Théâtre de l’Académie Française for his entire body of work. He currently serves as the Director of the Théâtre Am Stram Gram in Geneva.

In 1997, Paul Desveaux started his own theater company, l’héliotrope. Throughout the early 2000s, Desveaux worked on a number of plays, two of which, The Thunderstorm and Now They Can Come, played at the Théâtre de la Ville in Paris. He spent several years working abroad in Argentina, Brazil and Switzerland, and collaborated with choreographer Yano Iatridès on Spring Awakening (2001), and Santiago Otheguy on Good Blonde and Others (2002 & 2004). His upcoming projects are The Boy of the Last Rank by Juan Mayorga, and Lulu by Frank Wedekind.

In English. Free and open to the public. No RSVP necessary. However seating is limited and assigned on a first come, first served basis.