Patriotism vs. Nationalism: Ideals for a New Social Contract 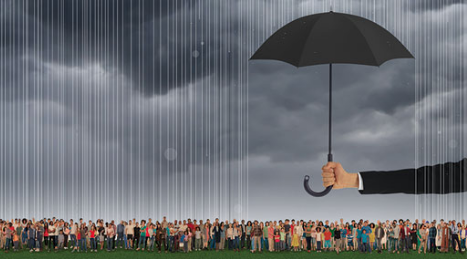 Liberal democracies are fraying: fresh ideas and policies are needed to formulate a New Social Contract to ensure that peace and democracy survives and thrives. What moral, social and political ideals can guide us through these troubled times and into the future? Patriotism has reemerged as a rallying cry towards rebuilding a national consensus and restoring acceptable social and political norms. What values define patriotism? What does it mean to be a citizen in a globalized world? How is society supposed to reorganize itself to address the major challenges of the future: immigration flows, artificial intelligence, information technology and climate change. Is liberalism the way of the future?

Join Adam Gopnik, Bernard-Henri Lévy and Andrew McAfee as they discuss ways to protect the “vivre ensemble” from a uniquely rich perspective, that of a philosopher, a cultural guru, and a leading scientist and thinker in the area of technological disruption and reorganization.

This event is organized by LICRA-USA.
The International League against Racism and Anti-Semitism

Author and staff writer extraordinaire for the New Yorker, Adam Gopnik has for the past thirty years investigated all aspects of culture and politics in articles that are considered reference pieces. He spent 10 years as a correspondent in Paris. His latest book, A thousand Small Sanities: the Moral Adventure of Liberalism (Basic Books) is just being released.

Bernard-Henry Lévy is a French public intellectual, philosopher, filmmaker and author. He has written over 30 books ranging from philosophy to fiction to biography. He has been involved as journalist and activist in many international conflict zones, notably Lybia and Syria where he followed the heroic fight of the Kurdish Peshmergas against ISIS. His most recently published book is The Empire and the Five Kings: America’s abdication and the fate of the world.

Andrew McAfee is the Co-Director of the MIT Initiative on the Digital Economy and Associate Director of the Center for Digital Business at the MIT Sloan School of Management. His research investigates how information technology changes the way companies perform, organize themselves, and compete, and also how computerization affects competition, society, the economy, and the workforce. His widely read blog is often ranked among the 10,000 most popular in the world. In addition to published papers, he is the author or co-author of more than 100 articles, case studies and other materials for students and teachers of technology. Prior to joining MIT Sloan, he was a professor at Harvard Business School.