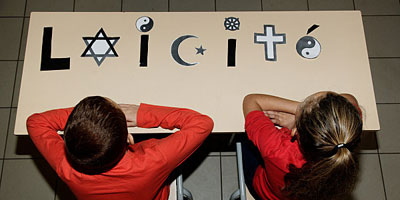 Is French Laicite – secularism in state funded public schools and, more generally, in the public sphere – a valid unifying social concept in a multicultural world, or is it cultural imperialism, as often described by American liberals?

Our panel will address a question that lies at the heart of the debate on national identity and integration policies. With Pascal Bruckner, philosopher, leading French public intellectual and author of An imaginary racism: islamophobia and guilt; Mark Lilla –Professor of Humanities at Columbia University, and the author of The Shipwrecked Mind: On Political Reaction, and the The Once and Future Liberal: After Identity Politics, to published next fall–; Patrick Weil, Visiting Professor at Yale Law School, and a senior research fellow at the CNRS in the University of Paris1, Pantheon-Sorbonne, author of Le Sens de la Republique.
The conversation will be moderated by Adam Gopnik, staff writer at the New Yorker and author of Paris to the Moon.

The conference has been organized by LICRA, The International League against Racism and anti-Semitism, the oldest human rights organization in France, with the collaboration of Alliance Program at Columbia University. 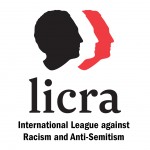