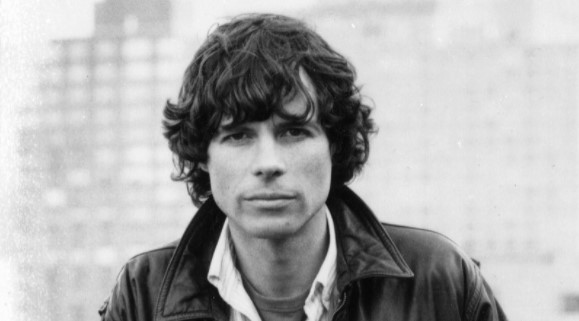 Join us for a New York LIVE evening at Villa Albertine | Cultural Services of the French Embassy + HowlRound zoom celebrating the Segal Center’s latest publication Bernard-Marie Koltès: Seven Plays; edited and with an introduction by scholar and translator Amin Erfani.

The anthology is the first collection of the seven major plays by seminal French playwright Bernard-Marie Koltès (1948-1989) in American English. Translated in over thirty languages, Koltès is considered to be the most important French playwright of the end of the twentieth century, and heir to the legacy of Jean Cocteau, Jean Genet, Samuel Beckett, Sarah Kane and Heiner Müller. His style is marked by a profusion of poetic language–reshaping traditional theatrical language in both content and form, while exploring new and unknown territories. A fervent traveler, his work was deeply inspired by his exposure to new languages and cultures, particularly from such places as Lagos (Nigeria), São Paulo (Brazil), Tikal (Guatemala), Managua (Nicaragua), New York (United States), and Lisbon (Portugal). His attention was constantly directed toward the figure of the underdog and marginalized communities. But it is in New York that Koltès is said to have found his “place in this world,” and particularly in the gay liberation movement in the late 70s and early 80s. He died at the age of 41 due to complications from the AIDS virus.
Despite his significant relationship with the United States, until now no definite anthology of American translations of Koltès existed. This unique volume provides a fresh set of translations that rigorously bring into focus Koltès’ poetic and musical language. “Koltès now sounds like Dante speaking in the voice of Sam Shepard,” wrote The New York Times.

This event will be in English. It is free with RSVP. Click here to receive an invitation and register. watch this event on livestream at  www.HowlRound.com

Short readings of excerpts directed by Amin Erfani and Frank Hentschker; with New York actors Ben Becher, Josefina Scaro, Michael Wiener, a.o., followed by a conversation with Editor Amin Erfani, a Q & A, and a reception.

The evening is co-presented by the Martin E. Segal Theatre Center, The Graduate Center CUNY,  ​Villa Albertine I Cultural Services of the French Embassy, New York.

In English. Free with RSVP. Click here to receive an invitation and register.