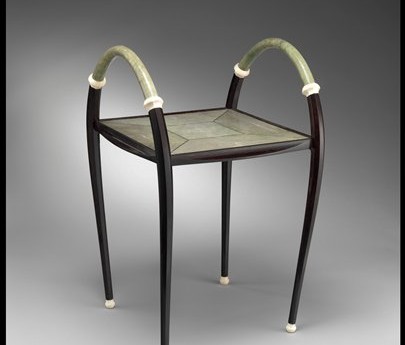 Joining us for a lecture and signing of French Art Deco, Jared Goss. The talk will be introduced by Olivier Gabet, Director of Le Musée des Arts décoratifs in Paris.

The interwar years in France witnessed the flourishing of Art Deco, a modern design style with strong roots in history. Expensive and exquisite at its finest, French Art Deco specifically aimed to reinvigorate the age-old French reputation as the world’s leader in the luxury trades. As much backward-looking as forward, French Art Deco reminds us that one need not reject history in order to be modern, and indeed that to be modern one must build on the solid foundation of what has come before. Furthermore, French Art Deco may be read as a polemic on connoisseurship. What unites the best works of the style is a special combination of craftsmanship and artistry, providing an intellectual foundation and giving meaning. By nature, the best French Art Deco objects were conceived to stand apart, to be exceptional, and indeed they hold their own against design masterpieces from any other place or time.

This lecture derives from research undertaken for Jared Goss’s book, French Art Deco, a catalogue which examines about one hundred pieces from The Metropolitan Museum of Art’s modern design collection, and published by the museum in October 2014. By examining several of the most outstanding works, the author will not only define the characteristics of French Art Deco but will also explain how to understand this fundamentally elitist style – which speaks as much to the eye as to the brain – and discuss its relevance in the present-day world.

Jared Goss is an independent art historian. Formerly an Associate Curator in the Department of Modern and Contemporary Art at The Metropolitan Museum of Art in New York, during his twenty-year career there he specialized in post-1900 design and architecture, helping organize exhibitions including Charles Rennie Mackintosh (1996), Cartier: 1900-1939 (1997) and American Modern, 1925-1940: Design for a New Age (2000). In 1998, he curated Jean Dunand: Master of Art Deco.

In December 2007, Jared Goss completed the installation of the Metropolitan’s Wisteria dining room (designed circa 1910 by Lucien Lévy-Dhurmer), the only complete French art nouveau period room with all its original furnishings in an American museum. His 2009 exhibition, Masterpieces of French Art Deco, which drew over 600,000 visitors, inspired his book, French Art Deco, a catalogue of the Metropolitan’s French Art Deco holdings, published by the museum in October 2014. Mr. Goss has lectured internationally, taught at several American academic institutions, and has contributed essays and articles to numerous scholarly publications.

Free and open to the public with RSVP to RSVP@albertine.com