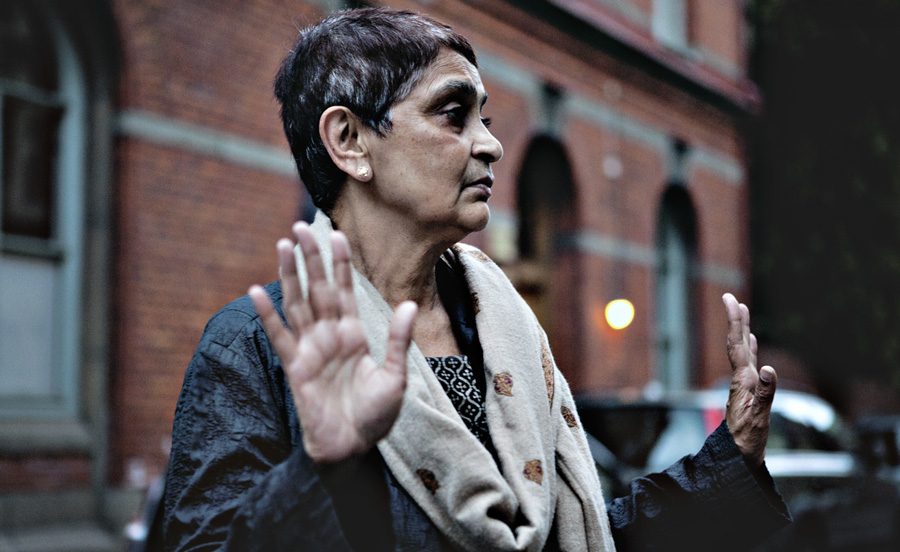 The MLA’s eighth Award for Lifetime Scholarly Achievement will be presented at the January 2018 convention to Gayatri Chakravorty Spivak, University Professor of Humanities at Columbia University and a founding member of the Institute for Comparative Literature and Society. Spivak was selected for the award by the Executive Council at the recommendation of the Lifetime Scholarly Achievement Review Committee and the Committee on Honors and Awards.

Spivak first attracted acclaim for her translation of and magisterial preface to Jacques Derrida’s Of Grammatology, published in 1976. Her preface was widely used as an introduction to the philosophy of deconstruction. She is also widely known for her essay, “Can The Subaltern Speak?”–an essay that explores the inherent ethical difficulties of exploring a different culture based on supposed universal ideas or frameworks. As Edward Said wrote, she “pioneered the study in literary theory of non-Western women and produced one of the earliest and most coherent accounts of that role available to us.”
Among her major publications is A Critique of Postcolonial Reason: Toward a History of the Vanishing Present (1999), in which she redefined and repositioned the postcolonial critic. Spivak is also known for her translations of literary works by the writers Mahasweta Devi, Ram Prashad Sen, and Aimé Césaire. She received a Sahitya Akadami Award for translations from Bengali literature in 1997.
Spivak is also an activist in feminist and ecological social movements and rural education. Since 1986, she has been teaching and training teachers at five elementary schools established and funded by herself among the landless illiterate social groups in West Bengal. In 1997, with money bequeathed to her by Lore Metzger of Emory University, she established the Pares Chandra and Sivani Chakravorty Memorial Foundation for Rural Education.
Spivak has taught at the University of Iowa; the University of Texas, Austin; Emory University; and the University of Pittsburgh. She has been affiliated with Columbia University since 1991. She is the recipient of honorary degrees from the University of Toronto, the University of London, Oberlin College, Universitat Rovira i Virgili, Rabindra Bharati University, Universidad Nacional de San Martín, the University of St. Andrews, Presidency University, Yale University, Universidad de Chile, and the University of Ghana-Legon. In 2012, she received the Kyoto Prize in Arts and Philosophy and in 2013 was awarded the Padma Bhushan–India’s third highest civilan honor–by the Indian government.