Excellent Daughters: The Secret Lives of Young Women Who Are Transforming the Arab World 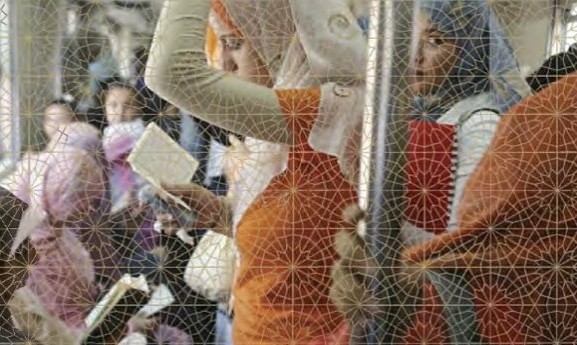 Join Author Katherine Zoepf and Cultural Counselor Bénédicte de Montlaur as they discuss Excellent Daughters: The Secret Lives of Young Women Who Are Transforming the Arab World, Zoepf’s masterful investigation that gives voice to the remarkable women who have changed Arab societies—from 9/11 to Tahrir Square to the rise of ISIS.

For more than a decade, Katherine Zoepf has lived in or traveled throughout the Arab world, reporting on the lives of women, whose role in the region has never been more in flux. Only a generation ago, female adolescence as we know it in the West did not exist in the Middle East. There were only children and married women. Today, young Arab women outnumber men in universities, and a few are beginning to face down religious and social tradition in order to live independently, to delay marriage, and to pursue professional goals. Hundreds of thousands of devout girls and women are attending Qur’anic schools—and using the training to argue for greater rights and freedoms from an Islamic perspective. And, in 2011, young women helped to lead antigovernment protests in the Arab Spring.

Our speakers will examine the complex lives of young women living in pre-civil war Syria, resisting extreme standards of self-presentation in Lebanon, and finding work and freedom outside the home in Abu Dhabi and Saudi Arabia, to name a few.

Katherine Zoepf is a fellow in the Better Life Lab at New America. She is the author of Excellent Daughters: The Secret Lives of Young Women Who Are Transforming the Arab World. Zoepf also organizes a series of events and discussions on women’s issues, Broadly Speaking, which are held in New America’s New York City events space. Zoepf lived in Syria and Lebanon from 2004 to 2007 while working as a stringer for the New York Times; she also worked in the Times’s Baghdad bureau in 2008. Her writings have appeared in the New York Observer, the Chronicle of Higher Education, the New York Times Magazine, and the New Yorker, among other publications. She is a graduate of Princeton University and the London School of Economics.

As Cultural Counselor of the French Embassy in the United States, Bénédicte de Montlaur facilitates French-American cultural relations and supports French universities and arts, literature and education organizations in the United States.  She also serves as the Permanent Representative of French Universities in the United States and develops French-American higher education exchanges, creating opportunities for researchers, scholars and students to collaborate.A seasoned diplomat, Montlaur has held several notable positions as a political and human rights advisor and negotiator with her experience focusing primarily on the Middle East.  Most recently, Montlaur served as Deputy Assistant Secretary for North Africa at the Ministry of Foreign Affairs in Paris, where she also taught international relations and diplomacy at the Ecole Normale Supérieure.  From 2008 to 2012, she was Political Advisor for the Middle East to the President of the General Assembly of the United Nations in New York, after three years as a negotiator on Africa and the Middle East at the United Nations Security Council for the French Mission to the United Nations. Montlaur also held positions at the French Embassy in Syria from 2005-2008.