Birth of a Theorem 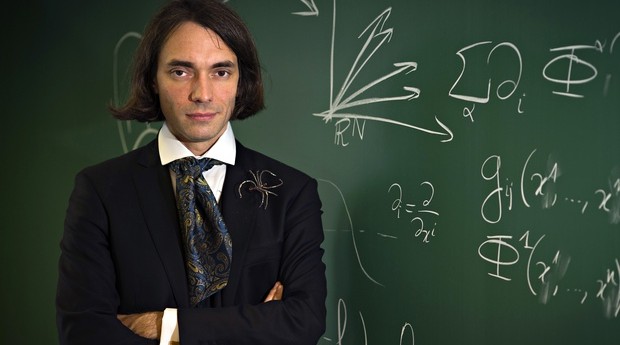 Joining us for a reading and signing of Birth of a Theorem, his new book in English, Cédric Villani will share his mesmerizing story and other reflections on his life in mathematics.

Fields Medal recipient Cédric Villani’s book is an adventure in mathematical discovery. Birth of a Theorem  chronicles the year leading up to the release and recognition of his award-winning proof. Blending science, history, biography, and myth, Villani’s captivating narrative dives into the intricacies of complex mathematics; brings the math community to life along with its many unique personalities (both living and dead); follows Villani’s love of manga and the stories he tells his children; and paints a vivid portrait of the passion, imagination, anxiety, elation, and despair that all come together in the name of discovery.

Cédric Villani is a French mathematician working primarily on partial differential equations and mathematical physics. He is a professor at Lyon University and the director of the Institut Henri Poincaré. He has received the Jacques Herbrand Prize, the Prize of the European Mathematical Society, the Fermat Prize, and the Henri Poincaré Prize. In 2010 he was awarded the Fields Medal for his work on Landau damping and the Botlzmann equation.