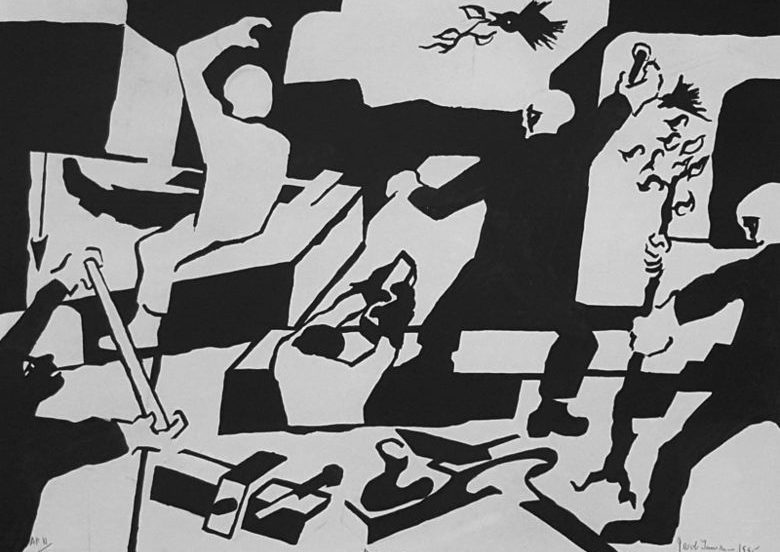 Denis Darzacq is a photographer whose work positions marginalized bodies in urban space in ways that comment on social restrictions. Winner of a 2007 World Press Photo prize, he has published numerous books and exhibited internationally. His work is held by the Pompidou Center and the French National Contemporary Art Fund, among other collections.

Nacira Guénif-Souilamas, sociologist and anthropologist, is a professor at the University of Paris VIII. She writes on migration, ethnic visibility and racialization and sexualization in postcolonial Euramerica. She authored or co-authored Des Beurettes and La République mise à nu par son immigration and is the vice president of Paris’s Islamic Cultures Institute.

Kehinde Wiley’s paintings reside in the collections of over 40 museums worldwide. Situated as a descendent in a long line of portraitists, including Reynolds, Gainsborough and Ingres, Wiley engages their visual rhetoric of the heroic, powerful and sublime to represent urban black and brown people. He holds a MFA from Yale University.

Thelma Golden is Director and Chief Curator of The Studio Museum in Harlem. Appointed by President Obama to the Committee for the Preservation of the White House, she also chairs the 2015-16 New York City Cultural Institutions Group and was appointed to the Cultural Affairs Advisory Commission. Golden received the 2016 Irmas Award for Curatorial Excellence.

Thomas J. Lax was appointed Associate Curator of Media and Performance Art at the Museum of Modern Art in 2014. For the previous seven years, he worked at The Studio Museum in Harlem, where he organized over a dozen exhibitions as well as numerous screenings, performances and public programs. In 2015, Thomas was awarded the Walter Hopps Award for Curatorial Achievement.

In English. Free and open to the public. No RSVP. Please note that seating is limited and available on a first come, first served basis.