The Albertine Book Club: Reading ‘Not One Day’ by Anne Garréta 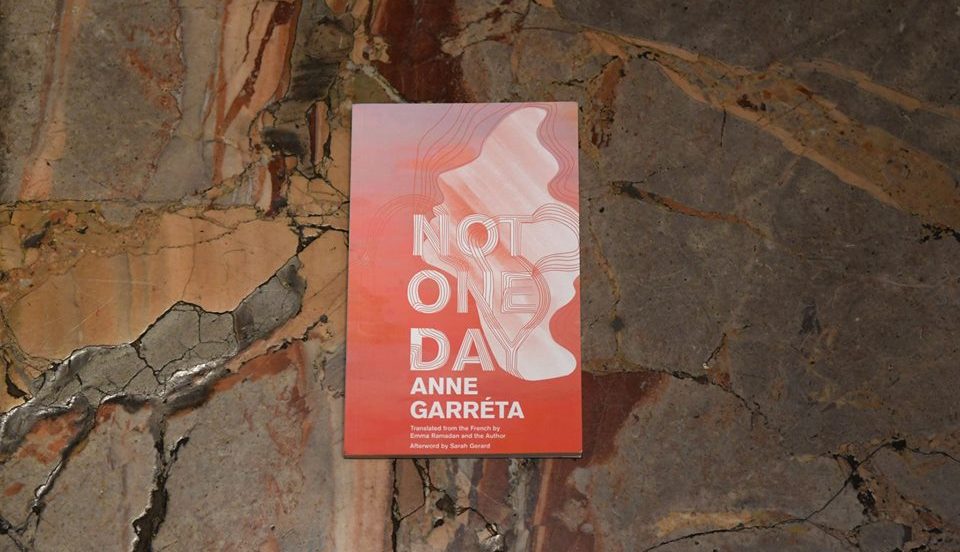 On Tuesday, January 23, 2018, the Albertine Book Club returns, curated by Cécile David Weill and Caroline Weber. Join our group discussion on Anne Garréta’s novel Not One Day, translated from the French by Emma Ramadam, and published by Deep Vellum publishing.
In Not One Day, Anne Garréta’s stunning prose brings to life the mind of a writer, mired in a personal project where she intends to deliberate on past infatuations. A myriad of love interests, crushes, secret admirers fill the pages as we delve into the writer’s universe of emotional attachments, artistic ambitions, and reflections on life. Not One Day was awarded the prestigious Prix Médicis in 2002.

The Albertine Book Club is free and open to Albertine members and students with a valid student ID card!
Join the Albertine community  and engage with French culture at a whole new level! Here is a unique opportunity to meet and talk with other French culture lovers over a glass of French wine and a French galette des rois! French and English speakers are welcome ! Please find more info on how to become an Albertine member here.

CECILE DAVID-WEILL is a French and American author. She published her first novel, Beguin (Grasset, 1996) under the name of Cécile de la Baume, which was released in English translation as Crush (Grove, 1997). She is the author of Femme de (Grasset, 2002), Les Prétendants (Grasset, 2010, translated into English The Suitors (Other Press, 2012). Cécile David-Weill is also a regular contributor to the online French news magazine Le Point with a column entitled Letters from New York. She has recently published Parents sous influence: Est-on condamné à reproduire l’éducation de ses parents ? (Odile Jacob, 2016).

CAROLINE WEBER received her Ph.D. in French literature from Yale University (1998) and her BA in Literature from Harvard University (summa cum laude, 1991). Before coming to Barnard/Columbia, she taught for seven years at the University of Pennsylvania.
A specialist in eighteenth-century French literature and culture, with particular emphasis on the Enlightenment and the French Revolution, Weber is the author of Terror and its Discontents: Suspect Words and the French Revolution (University of Minnesota Press, 2003), and of Fragments of Revolution (Yale University Press, 2001), an edited volume of essays on revolutionary culture. More recently, she published Queen of Fashion: What Marie-Antoinette Wore to the French Revolution (Henry Holt, 2006/Picador, 2007). A study of the political impact of Marie-Antoinette’s controversial clothing choices, Queen of Fashion made the LA Times best-seller list and was selected as a Notable Book of the Year by The New York Times and a Best Book of the Year by Washington Post, Book World and Borders Books and Music. Her new book, Proust’s Duchess, will be published next May, with Knopf.

The Albertine Book Club is open to Albertine members and students with a valid student ID. The conversation will happen in French and  English