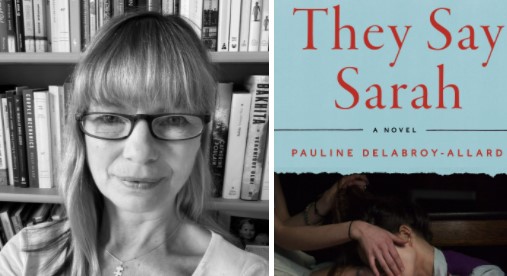 Adriana Hunter is a British translator of French literature. She is known for translating over 60 French novels, such as Climates by André Malraux (Other Press) Fear and Trembling by Amélie Nothomb (St. Martin’s Griffin) or The Girl Who Played Go by Shan Sa (Vintage). She has been short-listed for the Independent Foreign Fiction Prize twice. In 2011 she won the Scott Moncrieff Prize for her translation of Véronique Olmi’s Beside the Sea (Peirene Press). In 2013, she won the 27th Annual Translation Prize founded by the French-American Foundation and the Florence Gould Foundation for her translation of Electrico W by Hervé Le Tellier (Other Press, 2013). She is also a contributor to Words Without Borders. She lives in Kent, England.

Albertine Prize Committee: Why did you choose to translate this book?

Adriana Hunter: I was commissioned to translate the book by Harvill Secker publishers in London who bought the rights along with Other Press (who bought the US rights). I’d already heard of the book when my editor approached me and as soon as I started reading it, I could see why it had been such a sensation in France – I was absolutely hooked. I loved the strong characterization, the emotional intelligence, the humour and the quirky narrative devices. Most of all, I loved how Pauline captures what it’s like to be in love, in lust… in lunacy with another person.

A.P.C.: What did you absolutely want to keep and convey in this translation? Were there any specific segments you struggled with, things you were not able to keep in English?

A.H.: In all my translations I try to be completely faithful to the spirit of the original in every detail – that’s my duty as a translator. But using the word “duty” makes that sound like a hardship: with this book, I loved it so much that I wanted to keep everything, I wanted to bring Pauline’s words and characters alive intact in English. There were no segments that were especially difficult, but the mood and voice of the book evolve steadily but quite dramatically throughout the text, and I made a point of staying true to that evolution.

A.P.C.: What did you find the most challenging in translating this book

A.H.: There were some clever word games and word associations in the text that kept me thinking for a while, but I love word games – I often describe translation as “playing with words” – so they were a pleasurable challenge.

A.P.C.: How was the editing process with the author, Pauline Delabroy-Allard and the publisher, Other Press?

A.H.: This book had quite an interesting journey with the publisher Other Press because in the early stages of the process they were keen to make some changes to the second half of the book and the ending. That’s quite unusual and Pauline was very resistant to the idea. My British publishers had kept the text exactly as per the French and I myself was keen to do the same for the American edition. This was tricky for me because I wanted to be faithful to Pauline’s wonderful book but loyal to Other Press with whom I have such a great working relationship. In the end no changes were made and the very fact that the book has been shortlisted for this prize vindicates that decision.

A.P.C.: Do you find important that the translator takes liberties with the text while translating a book? If yes, what kind of liberties?

A.H. : Interesting question and we should probably define “liberties”. I’m not sure I’d go so far as to describe what I do as “taking liberties” – perhaps sometimes I make small, necessary departures from the original. I always want my readers to have the same “ride” as French readers had with the original book, and this sometimes means making these small departures. Say a book refers to a TV show or a personality that would be instantly recognizable to French readers, I might slip a couple of words of explanation into my translation (but not a footnote, that would be horrible!) or – a more extreme solution – I might actually substitute an international reference that would be more accessible to my readers. With word games, you have to step away from the original to create the same effect in translation. In They Say Sarah, the character Sarah lives in a part of Paris called Les Lilas, which means “the lilacs”, and Pauline plays on the connotations of lilacs/flowers/fragrance in the book. I couldn’t change the name of the place and I certainly didn’t want to lose those connotations, so I had to massage the text to help my readers see the connection. So, word for word, my version of those sentences might look quite different, but they give English-language readers the same ride.

They Say Sarah, a debut novel by Pauline Delabroy-Allard, tr. by Hadriana Hunter, Other Press, published in France by éditions de Minuit. Click here to purchase this book with us.