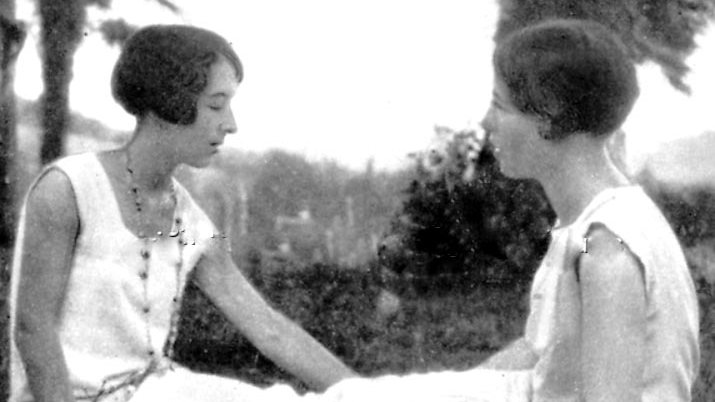 Join professor and publisher Sylvie Le Bon de Beauvoir along with author and New Yorker  staff writer Judith Thurman as they discuss Les Inséparables, a novel by Simone de Beauvoir written in 1954 and released for the first time this fall.
In her memoir Force of Circumstance, de Beauvoir mentioned that she gave the manuscript of Les Inséparables to Sartre who “held his nose.” Judging the story too intimate to be released in her lifetime, she kept it in her drawers, but saved it from destruction, putting it in the good care of her adopted daughter, Sylvie Le Bon de Beauvoir.

Written in 1951, five years after the publication of The Second Sex, Les Inséparables tells the story of the “passionate and tragic” friendship de Beauvoir had as a young girl with Elisabeth Lacoin “Zaza”, who died at the age of 21.

This conversation will be in English and will take place on Zoom. A link will be emailed to you after you purchase a copy of Les Inséparables at Albertine. Email us at info@albertine.com to reserve a copy!

Judith Thurman began contributing to The New Yorker in 1987 and became a staff writer in 2000. She writes about books, culture, and fashion. Her story on Yves Saint Laurent was chosen for The Best American Essays of 2003. She is the author of Isak Dinesen: The Life of a Storyteller, which won the 1983 National Book Award for nonfiction, and Secrets of the Flesh: A Life of Colette, the winner of the Los Angeles Times Book Award for Biography and the Salon Book Award for biography. She received the Rungstedlund Prize and the Harold D. Vursell Memorial Award for prose style, from the American Academy of Arts and Letters.

Purchase a copy of Les Inséparables  from Albertine to attend.